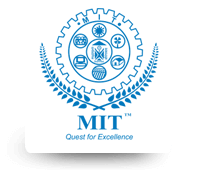 
What Constitutes Ragging?
Ragging constitutes one or more of any of the following acts: Any conduct by any student or students whether by words spoken or written or by an act which has the effect of teasing, treating or handling with rudeness a fresher or any other student; indulging in rowdy or undisciplined activities by any student or students which causes or is likely to cause annoyance, hardship, physical or psychological harm or raises fear or apprehension thereof. Asking any student to do any act which such student will not in the ordinary course do and which has the effect of causing or generating a sense of shame, or torment or embarrassment so as to adversely affect the physique or psyche of such fresher or any other student. Any act by a senior student that prevents, disrupts or disturbs the regular academic activity of any other student or a fresher; exploiting the services of a fresher for completing academic tasks. Any act of financial extortion or forceful expenditure burden put on a fresher or any other student by students; any act which affects the mental health and self-confidence of a fresher. Any act of physical abuse including all variants of it, which include but are not limited to sexual abuse, homosexual assaults, stripping, forcing obscene and lewd acts, gestures, causing bodily harm or any other danger to health or person; any act or abuse by spoken words, emails, posts, public insults which would also include deriving perverted pleasure, vicarious or sadistic thrill.

Actions Against Ragging
For every single incident of ragging a First Information Report (FIR) must be filed without exception by the concerned institution with the local police authorities. Action against ragging according to Maharashtra Prohibition of Ragging Act, 1999 (Maharashtra Act No.XXXIII of 1999) dated 15 May, 1999 and the directives of the AICTE regarding the same are detailed below. Depending upon the nature and gravity of the offence as established by the suitable authority, the possible punishments for those found guilty of ragging at the institution level shall be any one or any combination of the following: Cancellation of admission, suspension from attending classes, withholding/withdrawing scholarship/fellowship, another benefits, and debarring from appearing in any test/examination, withholding results of the guilty students Debarring from representing the institution in any regional, national or international meet, tournament, youth festival etc Suspension/expulsion from the hostel, rustication from the institution for period ranging from 1 to 4 semesters Expulsion from the institution and consequent debarring from admission to any other institution Anti-Ragging Initiatives at MIT.In view of the above guidelines, MIT has put in place a carefully established structure to curb the menace of ragging: